InterPlay Events All Over the World 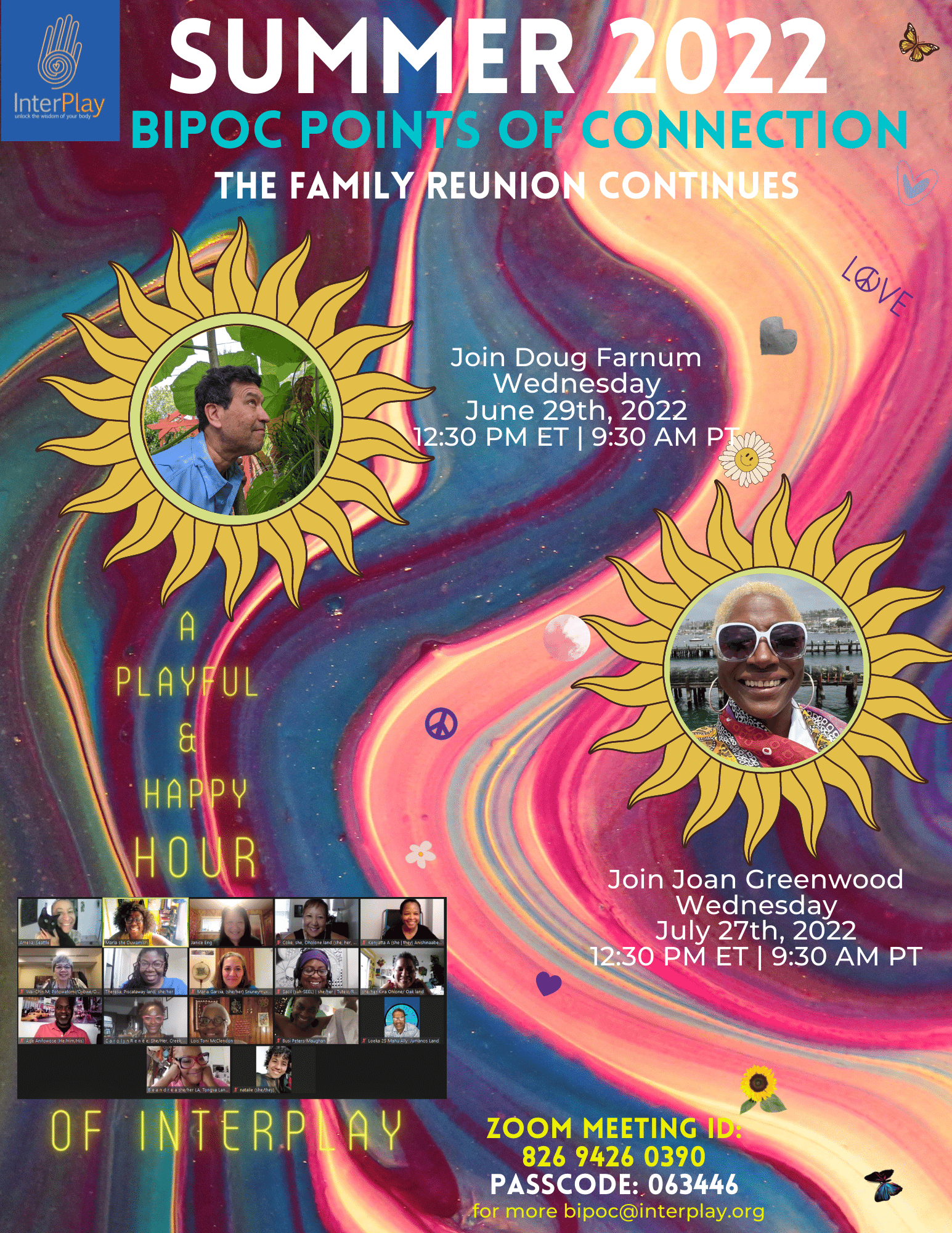 In June of 2017, Carolyn Renée and Masankho Banda agreed to take on the responsibilities of Co-Liaisons to Leaders of Color. They followed in the footsteps of Coke Tani, who was the first person to hold this position and served for two years. As of April 2019, the Board of Body Wisdom, Inc. voted to create two separate positions that the two of them will fill. Carolyn Renée became the Liaison to Leaders of Color (US/North America). Masankho became the Liaison to International Leaders. Masankho will be relating to leaders of all races in countries other than the US. Leaders my choose to connect with either of the Liaisons depending on what would work best for them. Also those who are not currently leaders but may be heading in that direction are invited to be connected. 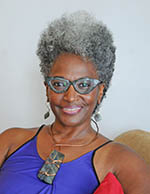 Carolyn Renée is a teaching and performing artist, organizer and administrator. She is also former Executive Director of Alternate ROOTS, a nonprofit that supports the creation and presentation of original art rooted in communities of place, tradition or spirit. Since the early 2000s, through her work with Alternate ROOTS, and the Mississippi Arts Commission she worked closely with nonprofit community and arts organizations throughout the southeast United States and the District of Columbia to organize workshops, learning exchanges, retreats, showcases and member gatherings. Carolyn Renée is a teaching artist with Synchronicity Theatres Playmaking For Girls program. Playmaking for Girls empowers incarcerated girls, refugees, and foster care girls through the medium of play-writing, theatre games, and performance. In 2015, she received funding from The City of Atlantas Office of Cultural Affairs for her original play, The Mother Daughter Dialogues. Carolyn Renée is also a singer, songwriter and storyteller. In May 2017, she served as the lead organizer for the first ever InterPlay People of Color Retreat. From a family of healers, shes a Third Degree Reiki Master offering Reiki certifications throughout the United States in partnership with A Life of Peace Education and Wellness Institute. She uses Carolyn Renée as her first name and full name.

Contact Carolyn Renée if you would like to be connected to the network of People of Color in InterPlay, and especially if you are interested in being an InterPlay leader. 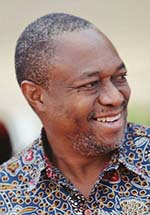 Masankho Banda is a multi-disciplinary performing artist, certified InterPlay leader (since 1999), educator and peace builder. He learned the fine arts of storytelling and dance from his Malawian culture spending many long days and nights listening to stories and dancing to music that captivated his mind, nourished his soul and strengthened his spirit. Using performing arts, Masankho motivates and inspires people of all ages to work together to bring about peace, social justice and cultural understanding around the world. He first encountered InterPlay in 1992 as a student at Pacific School of Religion in Berkeley, CA and has been a long-time member of WING IT! Performance Ensemble. Masankho divides his time between Malawi and Oakland, CA. In Lilongwe, Malawi, he uses InterPlay in his work as a Consultant/Coach helping to improve the work of organizations who are bringing development to Malawi. Masankho is quite used to connecting with others around the world using all sorts of technology.

Contact Masankho if you would like to be connected to the network of international leaders in InterPlay.